How to deal with conflict (and make the best of it)? 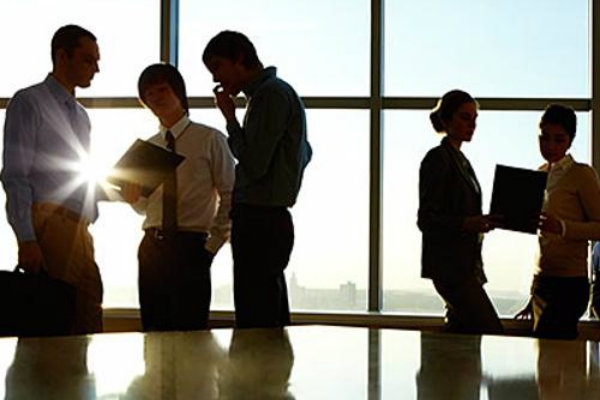 Many people are afraid of conflict because they associate it with negative feelings. It reminds them of the emotions that arise when we need to defend our opinion, the overwhelming desire to make the other person understand us and the frustration when we are not understood.

But conflict is not a bad thing in itself. It’s the way we engage in conflict that can be bad because we usually don’t do it constructively. The moment two different opinions are expressed, we tend to rush into proving a point rather than seeing the best of the different angles to the situation.

And that is why conflict is a negative experience for many people.”

Here at Equita we specialise in conflict management and conflict resolution. After many years experience helping companies and individual resolve conflict below are my top tips:

Conflict is a part of life and we need to accept that. Not everybody will always agree with you. But conflict doesn’t need to be unpleasant so don’t be afraid of it. The presence of conflict only means that there are two (or more) different points of view to the same situation or issue. And that’s ok. People are different, they have different experience, different background, different culture, different conditioning and all these things shape their perceptions. Try to see conflict as an opportunity to look at the same thing from a different perspective. It is rare that only one point of view is completely right or the only one that’s right. The truth is usually somewhere in the middle. Conflict is an opportunity to enrich your perception and view a situation from at least one more angle giving you a broader view.

Oftentimes, especially when we hold opposing views and we cross the line from a passionate discussion into an argument, negative emotions begin to arise and we get angry because we are not understood. Try to remind yourself, however, that it is not the person you are having a difficulty with, it is their point of view. And their opinions are based on many factors, some of which they are unaware of and have little control over (such as culture). But so are yours, we are all only people. So don’t let your unpleasant emotions because of an argument translate into negative feelings for the person you are arguing with. This allows you to listen without prejudice.

When you think about the fact that a person’s perceptions are a result of external factors, you can look at the person with understanding and compassion. Many people are a victim of their perceptions and convictions. This being said, using confrontational language such as “You are wrong”, words such as “but”, or worse – being ironic or condescending, doesn’t help anybody. In fact, it only puts the other person on the defensive and closes them to what you are saying. Instead, try to use language that reaffirms you understand their point of view. For example, phrases like “I see where you are coming from and I completely understand”, “Here’s where I’m coming from..”, etc. will leave the other person open to you and will motivate them to hear your opinion too.

We tend to perceive winning an argument as winning a battle where we proved our point of view and defeated the other person. It’s about proving that we are right and the other person is wrong. In other words, it’s all about ego and it is our ego that makes us fight so vigorously. Meaning we forget about the big picture. If we are having an argument about something with somebody, it’s because both you are the other person care about that situation or issue. You have different opinions on the approach but in the end of the day you both want the best solution or decision (even if we forget that sometimes). So try to focus on that – finding the best solution rather than being right. Maybe it’s neither your way, nor the other person’s. Maybe it’s a combination of both. Remind yourself and the other person that you have the same goal. It gives you common ground and keeps egos at bay.

Conflict is a part of life, and thus a part of business, whether we like it or not. So if we can’t erase it from our lives we might as well try and make the best of it, and this is where conflict management comes in. When we learn to argue constructively, conflict turns into a greater source of ideas. Ideas which could pull your team together when everybody has contributed with their opinion and all opinions are taken into account.

If you want to know more about conflict management and leadership, please don’t hesitate to get in touch with me, Margaret Considine. Here at Equita we are happy to help you turn conflict into an asset and help your business grow.